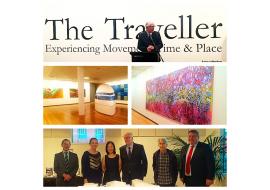 Opening of 'THE TRAVELLER'

Exhibition of Works from the Foundation's Lyon Collection

The Foundation is pleased to announce that the City of Boroondara will host a major exhibition of works from the Lyon Collection at the City's Town Hall Gallery in 2016. Titled 'The Traveller', the multimedia exhibition will run from Thursday 17 March to Wednesday 15 June 2016. 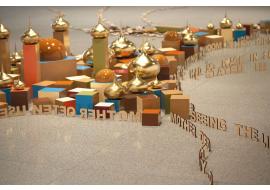 Works on Loan to other Public Museums

The Foundation continues to loan works to other public institutions and art museums in support of its founding charter. Recent loans include Emily Floyd's The Outsider, 2005 to the National Gallery of Victoria for Floyd's major retrospective exhibition 'The Dawn' (21 November 2014 - 1 March 2015). Peter Hennessey's My Lunar Rover (you had to be there), 2005, has been loaned to the University of Queensland Art Museum for a retrospective exhibition of the artist's work (16 February - 14 August 2015).